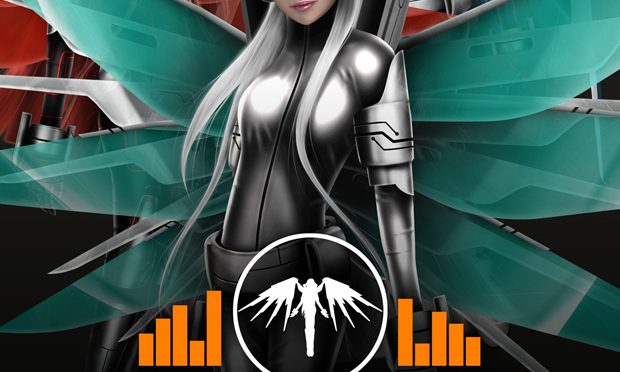 Shmusicup, shoot music up, is an indie music rhythm game that fuses the classic shootâ€™em up top down shooters with music rhythm based games such as audiosurf. What kind of fusion? Basically, it analyses the music pattern of whatever music that is fed into the game and generates a shootingpattern based on that. What players will have to do is to destroy the boss while surviving in such a shooting pattern.

That basically sums up the whole game and the concept behind it. It is a top-down shooter (with all your usual weapon powerups, health and bombs) with an enemy that has a shooting pattern that is based off any music that you feed to it. There are free tracks that come along it or you can simply load up any mp3 you have and they will automatically generate the patterns itself. The game also features a scoring system accompanied with a highscore board which you can use to compete with others or your friends. The scoring system is based on combo multipliers and mainly you shooting and hitting the enemy. Score multipliers can be increased in various ways depending on the shooter you have chosen. For example, you can have one that increases your multiplier as long as you are closeto the enemy (closer to the top of the screen) and on the other hand there is another one that increases your multiplier every time you are closeto the enemyâ€™s projectile. That sums up the core gameplay components of Shmusicup; a top-down shooter with your music playing in the background and that the enemyâ€™s shooting pattern follows your music. Besides that, it features selectable shooters, bosses, game modes and difficulties, some of which can be unlocked by performing different objectives such as defeating a particular level or difficulty so on and so forth.

The gameplay is fun and the variety seems to be there as there is always a different shooting pattern to face. It is even better with your music playing in the background and how sometimes you can actually feel the shooting patterns follow a certain beat and rhythm. However, the fun doesnâ€™t last that long at all. After trying out the various difficulties and bosses so to speak, the major difference is the density and difficulty of the shooting patterns as well as the aesthetic appearance of the bosses and projectile. This subsequently results in the game feeling old after playing for a long period of time. In bursts however, I find it amusing and funtastic. It is gaming and hearing music at the same time, pretty awesome. The major problem (noting that it is still in beta) is the collision detection between your shooter and the projectiles. It seemed as though most projectiles can touch part of your shooter as long as it is not the center point or at the head or something. I cannot really identify where exactly the point of detection is but as far as I know of projectiles can simply touch you and go over you without damaging you. Maybe something that will be corrected when the final game is released.

The game features retro style graphics that bringsback memories of classic top down shooters of the past. Bullet effects have a variety to it, all looking bright, colourful and powerful. The detail that goes into the different bosses and shooters are fine and it blends in perfectly with the retro feel and style. I love how they have the graphical effect of the bosses having a booming effect that represents the bass of the music. The sound effects within the game is practically absent (though there) because your music will probably drown it. I cannot really comment how good the sound aspect of the game is as the game basically wants you to play your own songs and sound tracks. The provided ones are fine as well. Overall the game is great. For lovers of games such as audiosurf, this is yet another game that concept bases itself on the generation of a specific pattern according to the music you provide. For fans of top down shooters, Shmusicup is a refreshing take on the genre and gives you a chance to have fun with your very own music and sound tracks. Though as mentioned before that the game becomes kind of dull after playing for long, in short bursts the game is great fun. Currently, you can head on to their site to try out the flash version or have a go at the demo version as well. It is free and if you enjoyed your time playing those free tracks provided and enjoyed the concept and overall gameplay of it, feel free to get it once it is out. For the beta version as it is now, I would give it a 7/10. Some polishing still needs to be done and additional innovative gameplay elements will definitely spice the game up.