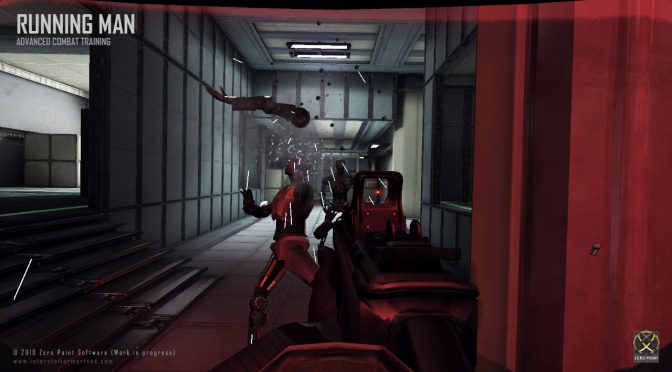 AAA Indie game Interstellar Marines: Running Man by Zero Point Software was released on the 7th of July. They are inviting you, the gamers, to try it out for free! The game is basically an AAA, Sci-fi FPS game with an original and unpredictable storyline featuring single and cooperative gameplay, with heavy focus on realism. The game currently under development for the PC is planned to be a Trilogy and targets the audience aged 17 and above.

The game runs in a browser and Running Man is basically a snippet of whatâ€™s to come in the full game. You can say that it somewhat like a demo or something to let you experience the environment and gameplay of the game before the actual release. It is kind of neat for the developers to release such episodic gameplay chapters to show the progress of the game as well as increase the hype among the gamers as well. It is as if you were part of the development process and indeed you are. They are willing to listen to suggestions and feedback and act accordingly, something which I feel that is extremely crucial for a great game to be made. I mean the game is made for the gamers no? So should it meet the needs of the gamers would it not be a game worthy to be played?

Iâ€™ve tried it out and Iâ€™m rather impressed by the game. I mean it is developed by an indie studio and the men behind it ainâ€™t in the tenths let alone in the hundredths. It is looking good so far. It plays in the web browser using the unity engine. The graphics are surprisingly good and the sound effects are very believable. Gun firing, echoing, footsteps etc; all sounding real good. In Running Man you are basically put into a training situation where you fight robots. These robots canâ€™t shoot or anything yet but it simply showcases how enemies might be walking/approaching you later on.

It is free to play so why not just give it a go? Iâ€™ll keep you updated with any major news of the game in near future. Do take a look at the developer video featuring some of the mechanics put into the game: