Mafia, a secret criminal organization operating mainly in the United States and Italy and engaged in illegal activities such as gambling, drug-dealing, protection, and prostitution. With that definition in our head, Mafia 2 is basically a third-person action adventure game that revolves around such an idea. It is the sequel to Mafia: The City of Lost Heaven (the first Mafia game) and is out for the PS3, Xbox 360 and the PC. (All experience based on playthrough on PC version) There might be some spoilers in the review so do read with caution.

The game is set from 1943 to 1951 in Empire Bay and you play as Vito Scaletta, a person who slowly works his way up the ranks of the mafia family as well as going through several different kinds of life events. You start off with you and your best friend Joe Barbaro robbing a jewelry store. The sad thing is that you got caught while Joe managed to escape. As such, you are given the decision of whether to serve the Army or go straight to jail. Vito decides to enlist in the army and takes part in Operation Huskey. In 1945 Vito got injured by a bullet and thus temporarily transferred back to Empire Bay. Upon meeting with his best friend again, Joe helps him to avoid going back to the army through forged released papers by his friend. Of course this is where your adventure into the dark violent side of the mafia families begins, with the simple overarching goal of not wanting to walk the same path as your father did.

The plot is above average, with some twist and turns here and there that gets you sitting on the edge of your seat. Why not excellent? Well, it can be said that many of the twists and plot is kind of clichÃ© and somewhat predictable. It is not the kind of mind blowing story that makes you think through and through to come out with different ideas and stuff like that. Rather straightforward but it is still nicely done. What should be commended however is the execution of the story.

Storytelling is excellent. Great believable voice actors that give life and personality to the different characters present as well as well placed cut-scenes with good animation that helps in making the story progress smoothly. I have to say though that as much as the story is not too bad, it is way too short. I am thinking that they might come up with a few more Downloadable Content that helps extend the story or some kind of expansion in future, else seriously it is way too short. As soon as the characters slowly grow onto you, the game ends. It is really unsatisfying for me, was starting to get myself immersed in the story and boom, the credits start rolling up, just great; spent nearly just close to around 10 hours or so to complete the game? 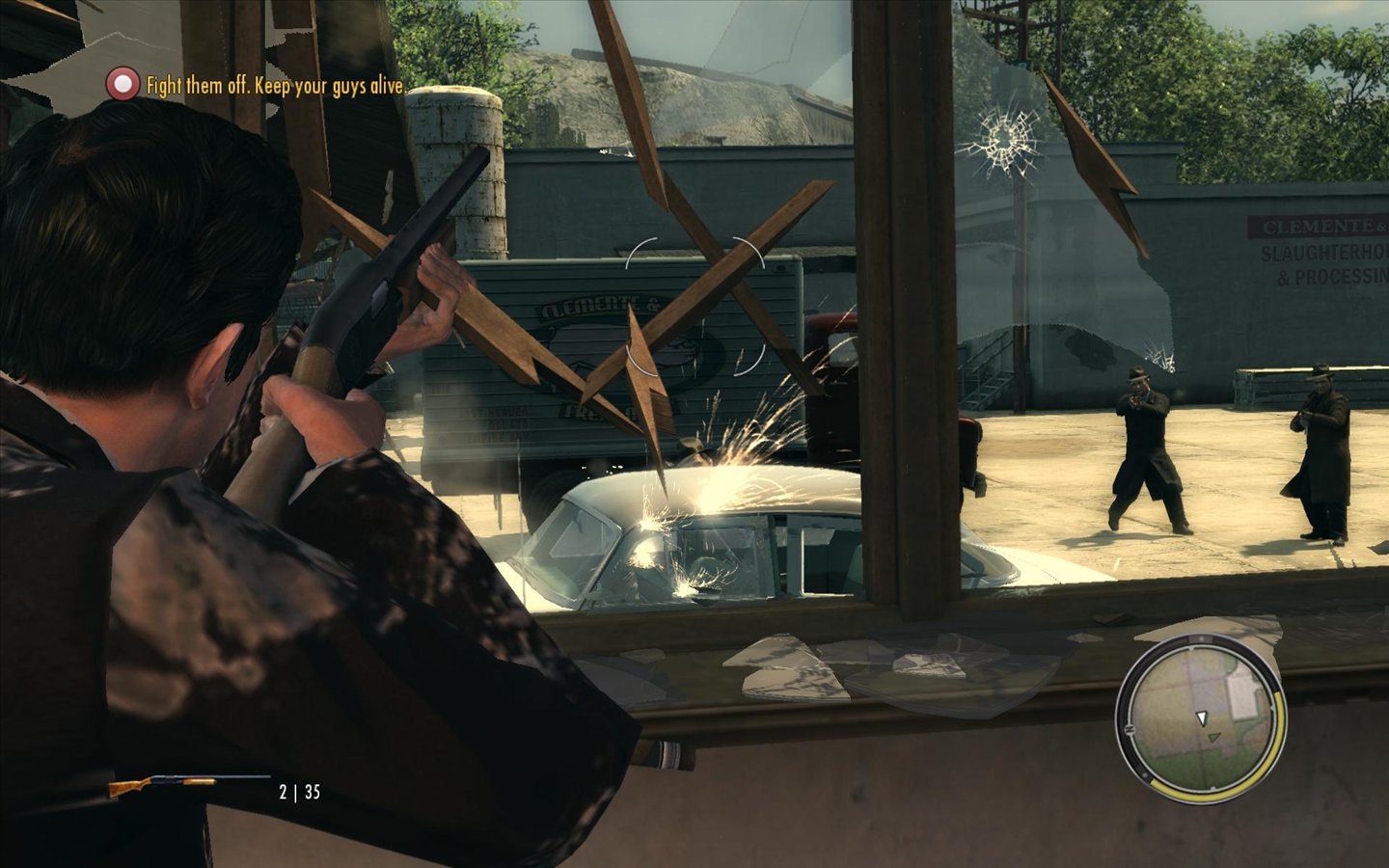 Core gameplay components such as gunfights, melee hand to hand combat and driving so on are not too bad. I have to specially mention that I love the gunplay. Shooting, taking cover and moving from one point to the other felt smooth and fun. I also loved how when spraying your machine gun you start to see the environment playing a huge part. The chips of wall flying all over the place, glass pieces shattering so and so forth. It is nice, the scene of gunfights that is. The different guns feel great; handling, damage and accuracy differs from one to the. All in all they did a great job in the gunplay aspect. Hand to hand combat is alright, not too deep but it serves the purpose. It is a bit too easy though since you can simply automatically dodge by holding down the dodge key and counter back. Finishing moves are nice to see at first, but boring later on as they are simply just repeating themselves over and over again. Driving is alright, handling of cars differs from one to the other. Sounding the horn gets cars to drive to the side a little, speeding gets the cops to chase you, weather affects the turning etc.

With the core done right, the game should be good right? Yes it is â€œgoodâ€ but definitely the fun that you can get really is limited. I would first like to talk about the open world component. Do note the game revolves around a somewhat open world that of Grand Theft Auto and Just Cause. However, what you can do within this world is limited to the main storyline. There are no extra things to do besides robbing stuff and crushing cars to get cash that does not matter, buying outfits that are limited to varieties less than 10 and buying food that does nothing but replenishes your health which automatically does by itself. Other than that, the world is there open with nothing to do. Actually I would not call it â€œopenâ€, it is â€œopenâ€ in the sense you get to move around however you want but you can only do so within a main mission. There is no free time or to say exploration time besides that you get from driving during the story or before you get to a meeting point etc. The game is too linear, maybe for its own good to get the story going but look at Grand Theft Auto, open sandbox game amazing story as well.

As I said earlier, the game is linear. There are no side missions, no side objectives nothing at all. Just the main story and that is what you will get. Now with that said, we shall talk about the main missions within the story. The variety is there at first, you get to do different tasks from stealth mission to selling contraband goods etc. The developers are smart in tweaking the style and objectives of some of the missions to make it seem as though you are doing something completely different. They did succeed to a certain extent but the main playing style doesnâ€™t change. It is just gunfight, gunfight cut-scene and then you go back home. There are times when stealth comes into play and escaping so on and so forth but that is it. Sometimes this variety backfires as they are simply so mundane and boring tasks such as picking coloured goods to sell and stuff like that.  There are not many of such instances but of course they do make the game just a little more interesting. 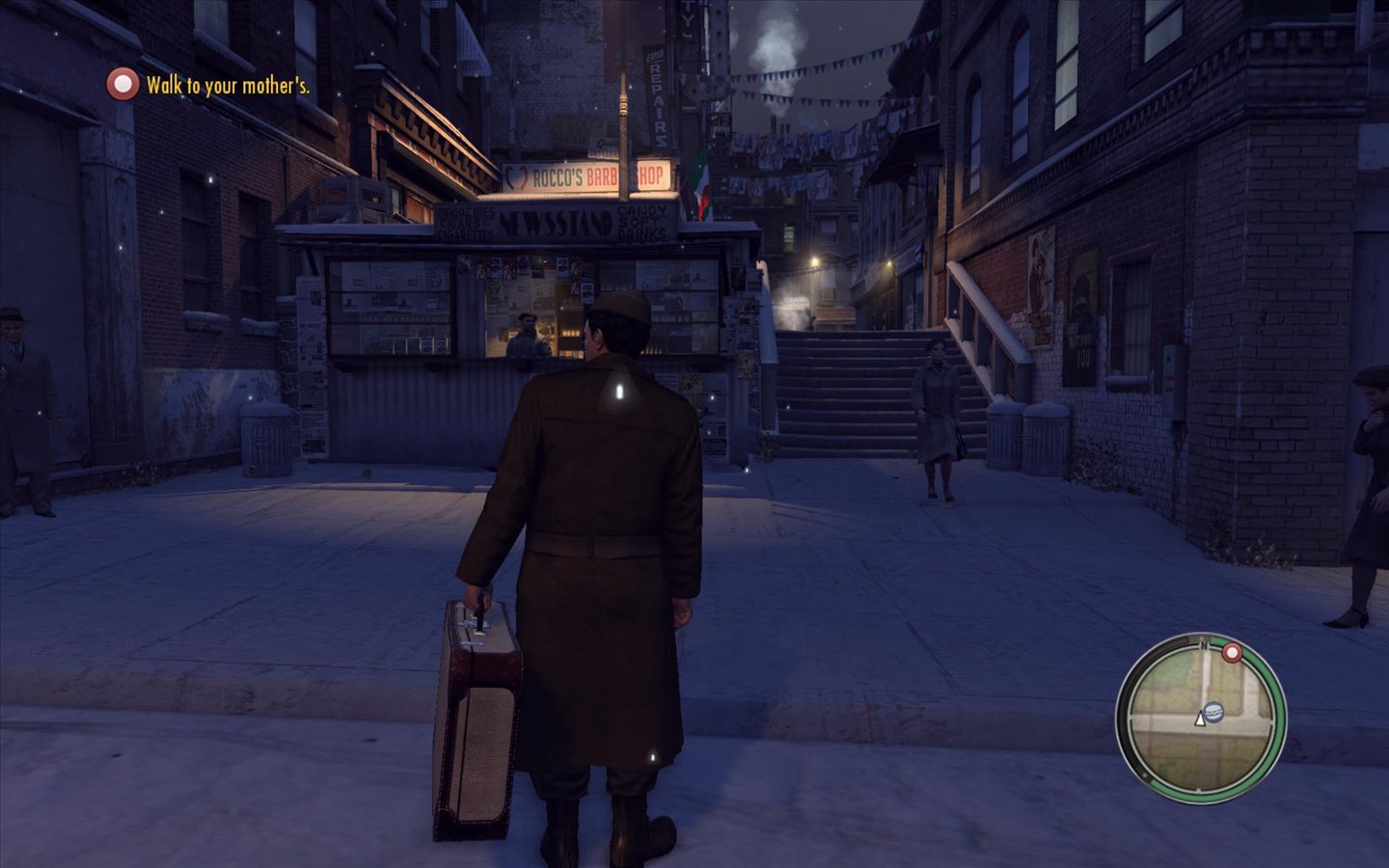 We now move on to the A.I. The A.I is stupid, police and enemies alike. Enemies are dumb because they simply do not know anything about fighting or killing etc. You hide in one spot and theyâ€™ll just keep trying to shoot you when you are under cover or simply not move. At least make them throw a grenade when you are camping for too long or something. The enemies also like staying in one similar covering position and not move from it. As such, you simply place your crosshair there and fire away once they come out of the cover. This however does not mean that you can simply go charging in like superman and not die. Gun wounds hurt badly especially shotguns when at near range. One shot and you are so dead. At least the A.Iâ€™s aiming ainâ€™t so bad.

The police are as stupid as they can get. You cannot imagine how dumb they are. Escaping from the police is as if you are running away after you stole a candy from a kid. Talk about escaping from a minor infringement letâ€™s say a speeding ticket. You simply stop wait till the police officer gets out of his car and you start ramming your engine and go away. What about killing an innocent passerby and getting caught red-handed? Fear not as you can simply drive and make a simple turn to escape from the chasing police car. What about when the police start using sub-machine guns and stuff? Simply start running away from sight and into a clothes store to change out of your clothes. It is funny that the police recognize you by your clothes and not your facial features etc. Though the A.I of the police is stupid they do have some nice concepts behind the law system such as the speeding limit and the ability to change the car license plate to evade the police. Now all they need is to get the police to go through some basic intelligence course or at least let them complete their high school education.

There are also some minor concepts within the game to make it more realistic and perhaps interesting. Such examples are the refueling of petrol of cars (though I never ever get my fuel tank empty throughout the whole game), the food, clothes, modification of cars, gunshops etc. The sad thing is, since they actually have such concepts in play, why do they not explore them further to make them more impactful? At the current point of time, having them there or not does not actually matter. It is as if they just chuck in that piece of code since they already programmed it or something. 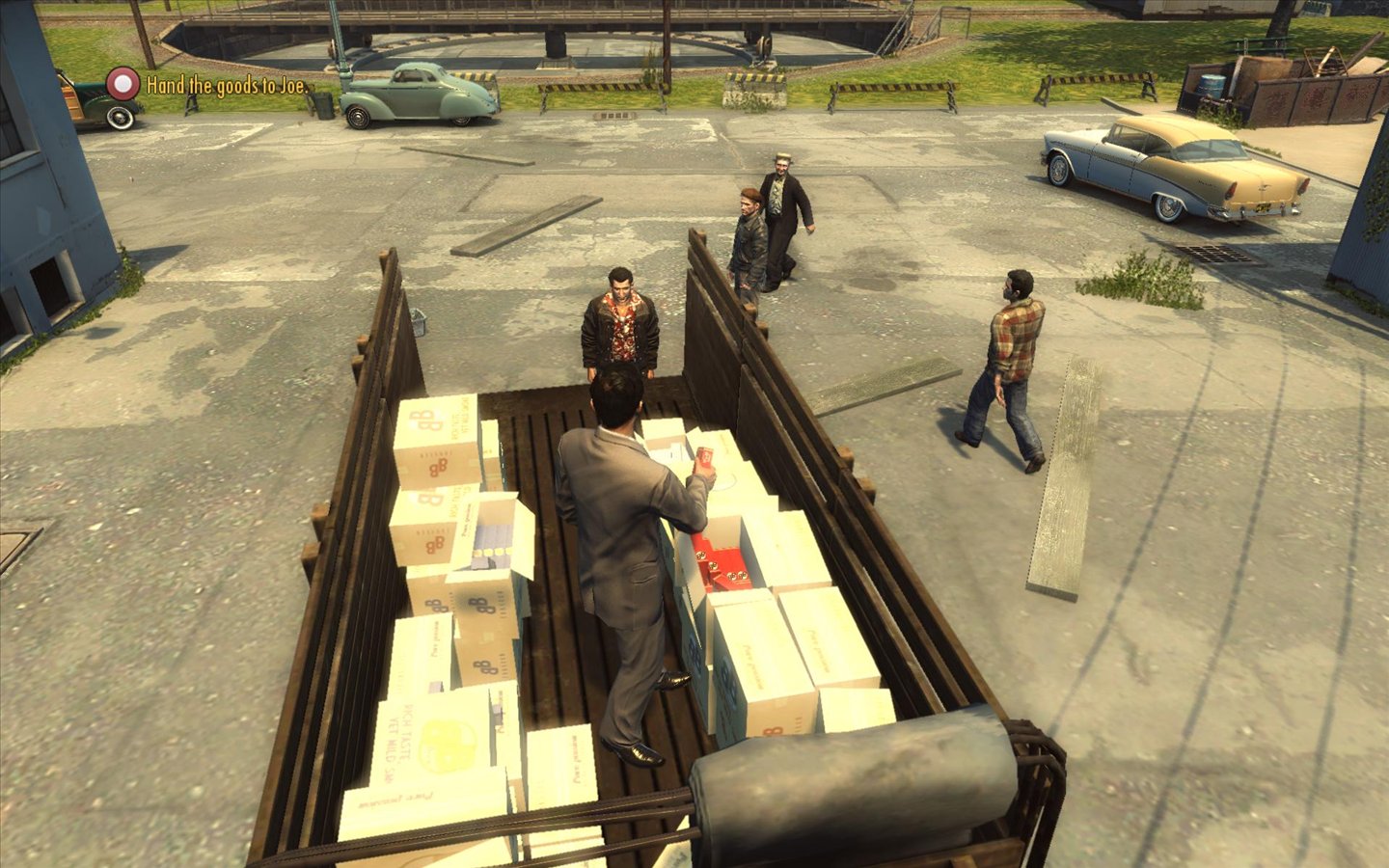 The graphics look good, great in bringing out the atmosphere and feeling of the time period the game was situated in. The attention to detail is good, making the city much more believable and real. This thus gives the only incentive for enduring the driving from one location to another throughout all your missions and that is the beautiful scenery. The scale of the world is also rather remarkable, but it definitely backfires since the world is there empty, bare and boring. When the fights get started, the degrading and damage to the environment is fantastic. The implementation of Nvidiaâ€™s PhysX is simply flawless as you see chunks of debris fly everywhere etc. It is simply a beautiful scene whenever you are fighting and killing people with guns. The sound aspect of the game is rather well done as well. As said voice acting is great, gun effects are adequate and what I want to commend is the soundtrack backing the game. It simply livens up the atmosphere and complements the environment and graphics perfectly.

My major complaint probably narrows down to the length of the game and perhaps the overall execution of it. Everything seems so touch and go: While I want to know more about a character, he is gone or not into play already. While I want to like a character more, the game ends. While I want to be soaked into the city and gorgeous environment more, the game does not do any good in that since it does not make use of the detail world created to great effect. While I suddenly get excited over the storyline, the next moment is extremely cheesy and clichÃ©d. The game just has so much potential to be great and excellent, but of course this potential has yet to be realized. Maybe a few DLCs will do the job? I really hope so for I love the world the game creates and I do not want it to just go like that.